Fans to Be Allowed at Polar Park on Opening Day

Worcester baseball fans got some good news during the last week of February. In announcing that sports facilities will be allowed to host a limited number of fans starting near the end of March, Governor Charlie Baker paved the way for fans to enjoy the WooSox's first home game in their new stadium. Indeed, when the minor league baseball team's first home game happens on April 13th, at least 1,000 fans should be in the stands cheering them on – that is, as long as cases of COVID-19 continue dropping. 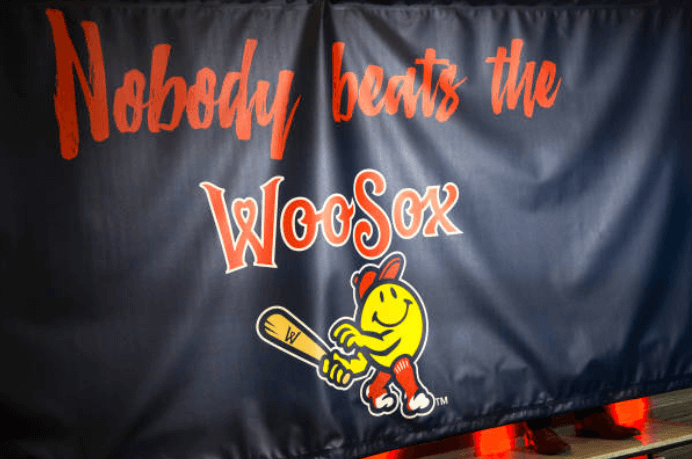 Over the last several weeks, COVID cases across Massachusetts and the country have been on a downward trajectory. At the same time, several effective vaccines are now available and being distributed as quickly as possible. As a result, a phased reopening of many businesses is underway. As part of the process, sports facilities and entertainment venues will be able to open on a limited basis for the first time in months. Sports facilities like Polar Park can open with a capacity of 12%; since the park's total capacity is 9,508 – an homage to the local area code – roughly 1,140 fans should be allowed at the game on April 13th.

When April 13th arrives, opening day will have been a long time coming for the WooSox and their fans. When the team announced that it was moving to Worcester in 2018, excitement over the development of the new minor league baseball stadium, Polar Park, reached a fever pitch. The crown jewel of the city's Canal District neighborhood's ongoing redevelopment, the new stadium was slated to host its first opening day in the spring of 2020. Thanks to the onset of the pandemic, however, the entire season was canceled, and the stadium remained empty throughout the year.

The WooSox isn't the only local team affected by the pandemic, of course. The city's Massachusetts Pirates canceled its 2020 season as well. The team will play its first home game at the DCU Center sometime in May. Presumably, a limited number of fans will be able to attend that game too. The Worcester Railers hockey team canceled its current season, so it has remained dormant during the pandemic as well. Major league teams like the Celtics, Bruins, New England Patriots and Red Sox haven't played before a home crowd since the onset of the pandemic, but the Sox will play their first home game at Fenway Park on April 1st.

This year, the WooSox's season begins on April 6th with a series of away games. All told, the team will play 70 home games at Polar Park during its inaugural year. The highly anticipated stadium is the fourth most expensive minor league stadium ever built, with a total price tag of more than $101 million. Situated at Madison Avenue and Green Street near Kelley Square, the new ballpark is already breathing new life into the Canal District; now that fans can attend games, the area is sure to be livelier than it's been in years.

Fans who are lucky enough to score entry into the opening game festivities on April 13th will be among the first to check out the stadium's new eateries. With "A Taste of Worcester," the stadium features game-friendly fare from 10 local eateries, including Table Talk Pies and Coney Island Hot Dogs. Although capacity will be limited to just 12%, it is sure to be a banner day for Worcester. As long as coronavirus cases continue declining, capacity limitations should continue easing. By the end of the season in mid-September, Polar Park could finally be hosting thousands of happy fans.